Note: You cannot create a fallback-language chain deeper than one level for non-master languages. So, in the above example, you cannot set a fallback language (other than the master language) for Spanish (Spain).

When an entry is not published in a specific language, you can fetch content from its fallback language (only if it is published) in the same Content Delivery API request.

The following diagram illustrates the data inheritance fallback logic between each of the languages in which the entries of a stack have been published. 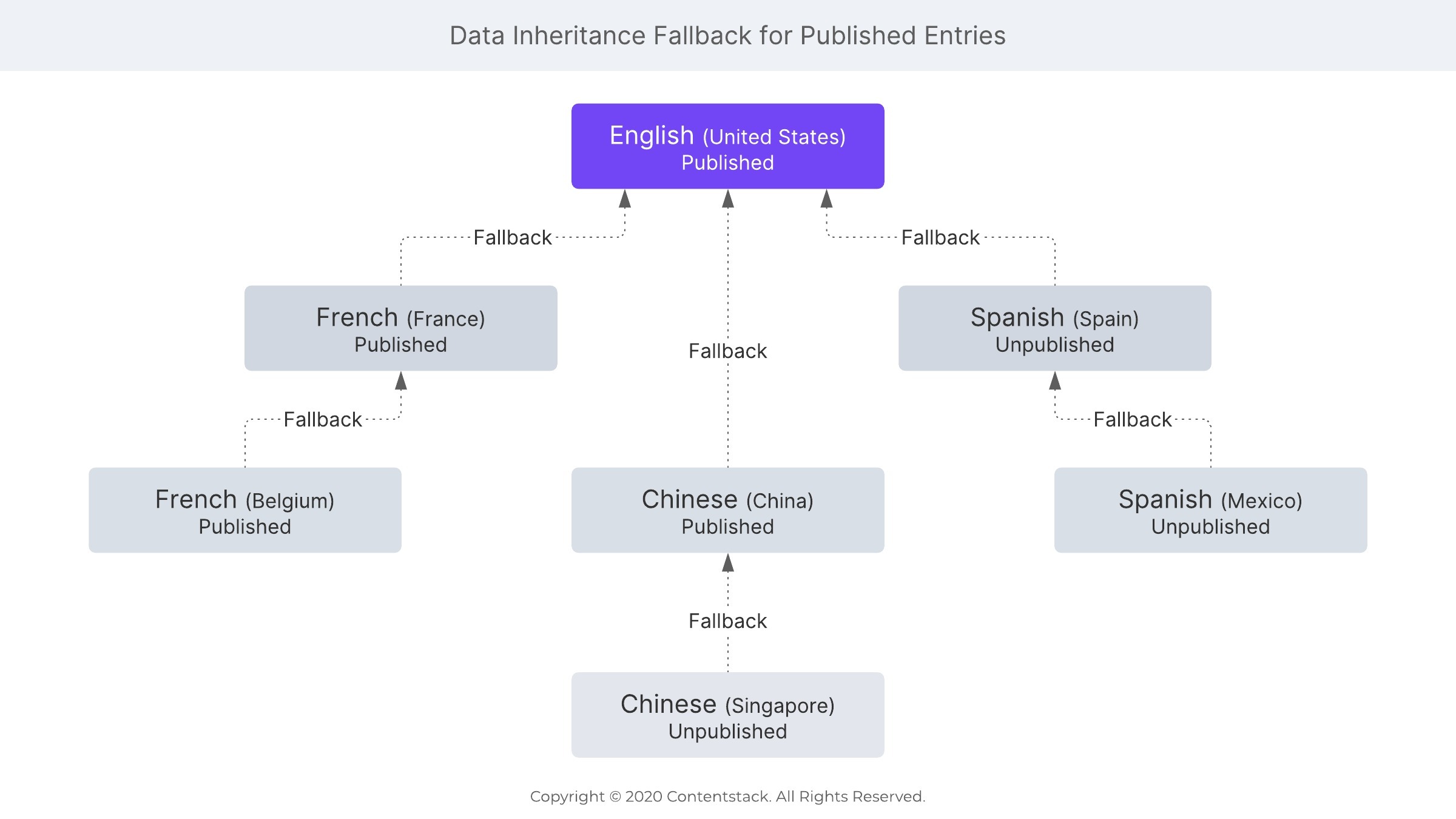 As shown in the above diagram, English (United States) is the master language of the stack. The entries have not been published in the following languages:

Was this article helpful?

Thanks for your feedback

More articles in "Set up Languages"