A decade ago, gamers were a niche demographic. Back then, they were mostly young, often male, possibly living in their mother’s basements (Just kidding!), and willing to spend several hundred dollars on games, expansion packs, and specialty gear. It was a lucrative market, but with a limited target audience.

The rise of mobile gaming has created an entirely new type of gamer. Today, the market is the mom waiting in the school pick up line, the corporate employee waiting for a meeting to start, and regular folks looking to unwind after a long day at work. This shift in the way we play games and the rise of the microtransaction has drastically increased the size and revenue of the gaming industry. 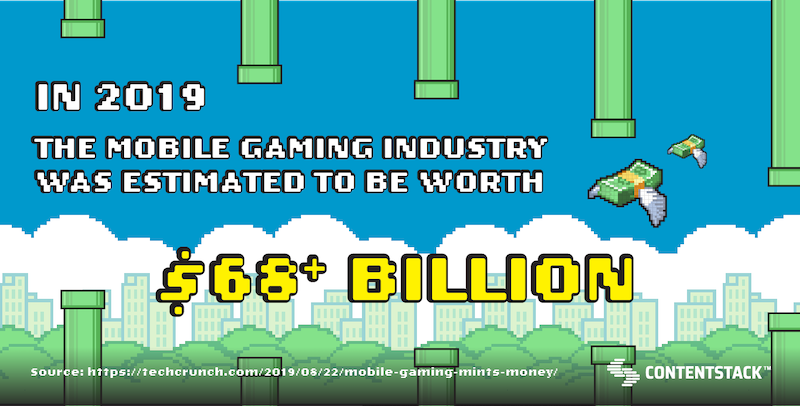 As the demographics of gamers have changed, so have the ways game developers monetize those games. Attention spans are shorter. So, if the game is too hard or not engaging enough, players are off to the next game. Additionally, the rise of social media makes it easier for popular games to spread by word-of-mouth — and more games have come into play as a result.

These changes have made it challenging for app developers to generate income. Still, they have also expanded the market in a way that presents a massive opportunity for strategic game developers and publishers.

Today’s gaming market treats players as a long term investment, and measures their value in what is called “lifetime value” or “LTV.” This market includes subscriptions, in-game content, microtransactions, and other revenue sources beyond the original price of the game itself.

As a result, many game developers and publishers are focused on how to maximize the long-term engagement of players to drive revenue. LTV is a metric that’s impacted by several other metrics like ad views, ad engagement, in-app purchases (IAP), etc.

So, how can you increase revenue and all the metrics that boost LTV? Let’s look at the app strategies used by seven different game developers and publishers.

In a world of microtransactions, app devs are finding some users won’t pay, especially in emerging markets. Rewarded ads, which give users a small reward such as coins or an extra life in exchange for watching an ad, provide those users with an alternative to IAP payment.

In addition to creating a new revenue stream, rewarded ads also increase overall engagement. And, people who watch an ad in their very first session are up to five times more likely to make an in-app purchase later.

For example, Kongregate, one of the largest online video game publishers, implemented rewarded ads, and saw engagements increase by 40% to 60%.

What if you could make those rewarded ads even more effective? Take your rewarded ads a step further by segmenting your users and testing placement, timing, and ad length. One of the most popular mobile games, a collection of logic puzzles called Puzzledom, initially used an in-house ad mediation platform. However, it wasn’t performing as well as they anticipated, so the company went looking for ways to maximize high-value users and increase in-app ad monetization.

They turned to UPLTV, an AI-driven ad mediation platform, to explore other options. Rather than offering the same ads to every customer, they implemented rewarded video ads, but they also used A/B testing to understand their most valuable users and the likelihood that specific audiences would engage with ads.

The results? Puzzledom was able to increase its ad revenue by an impressive 50%.

3. Draw in Users With Special Events

In addition to increasing engagement, special events can also increase downloads, as Monument Valley found through during their iOS Free Week in 2015.

The special event led to the gaming app being downloaded more than 8 million times in the span of a single week.

As we mentioned, special events can be incredibly effective at increasing engagement and revenue. However, they can also be taxing on your marketing team and the developers to keep your website or app current with all the related content updates. If that’s what’s holding you back, consider a headless content management system (CMS).

Headless CMS separates content from how it’s displayed so it can be created once (by marketers) and then optimized and published for different audiences, platforms, and devices. This separation puts the developing and publishing of game updates and marketing content back in the hands of the marketing team, so game creators can get back to doing what they love.

Telltale Games, the makers of Minecraft: Story Mode and The Walking Dead Series, had the enviable challenge of managing fast growth. With developers handling constant marketing updates, such as adding new content as new game elements were released, it was hard to keep up with actual development tasks.

"This was taking our front-end engineers away from everything they were scheduled to do,” said Tamir Nadav, the company’s director of product management for the online team.

Switching to a headless CMS allowed Telltale Games’ engineers to focus more on game code and far less on the marketing content.

The best games are challenging, but not frustrating. They make you think, but don’t leave you feeling like you’ll never beat them. So, how do you make sure your game is a challenge, but not so challenging that customers stop playing?

The answer is in your data. Raj Arora found a solution with his game AARCHER, a one-touch archery game based on the popular game Flappy Bird. At the start, their IAP was near zero, so they were relying on ad spend to drive revenue. Since the game was designed as a test product, they weren’t too concerned with the lack of IAP.

Then, they noticed an opportunity. “A lot of users were not able to clear certain levels in the game,” Arora wrote in his case study. “They were a bit tough, and the users spent quite a lot of time on them. “We decided to use this to our advantage by allowing the user to skip the level if they watch a video ad. It would be non-intrusive, simple, and would make us money from a new feature.”

Just this simple change that required only 30 minutes of coding time earned AARCHER a 2% bump in monthly revenue.

Next Game, a Finnish mobile gaming company, developed the wildly popular mobile game “Walking Dead: No Man’s Land.” Based on the television series The Walking Dead, the game lets players fight zombies in a post-apocalyptic world inspired by their favorite show.

The game already had a powerful pop-culture connection, and that made partnering with influencers a natural promotion strategy. Next Games partnered with one of YouTube’s most popular influencer groups, which includes Anwar Jibawi, Hannah Stocking, Inanna Sarkis, Lele Pons, and Rudy Mancuso. Together, the group boasts more than 18 million followers.

Each influencer created a sponsored YouTube video promoting the game, including a particularly hilarious skit by Lele Pons. The video shows the group of friends out for a walk when they uncover an abandoned phone left open on the Walking Dead game, and then the game comes to life. 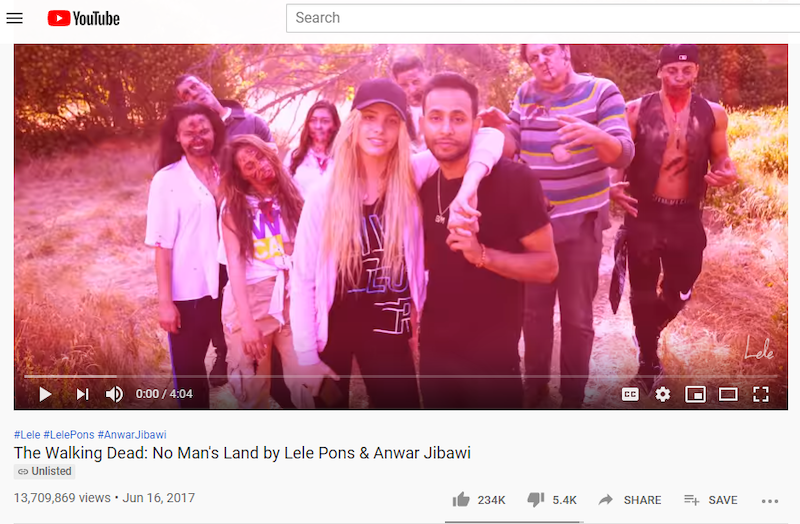 Instagram has a massive reach with more than one billion active users every month. That makes it an ideal platform to promote gaming apps to a broad audience. But we aren’t talking about your standard boosted post, pay-per-click ads here. We’re talking about leveraging influencers to drive a cross-platform social media campaign.

Bejeweled, a gem-matching game, partnered with several high-reach Instagrammers and YouTubers to promote their #shinyplace campaign. The social campaign was designed to increase downloads and brand awareness by encouraging users to take a relaxing break to play their game.

The campaign launched with a YouTube video (which is no longer available) and a flurry of posts from Instagrammers, like this one from Koya Webb. 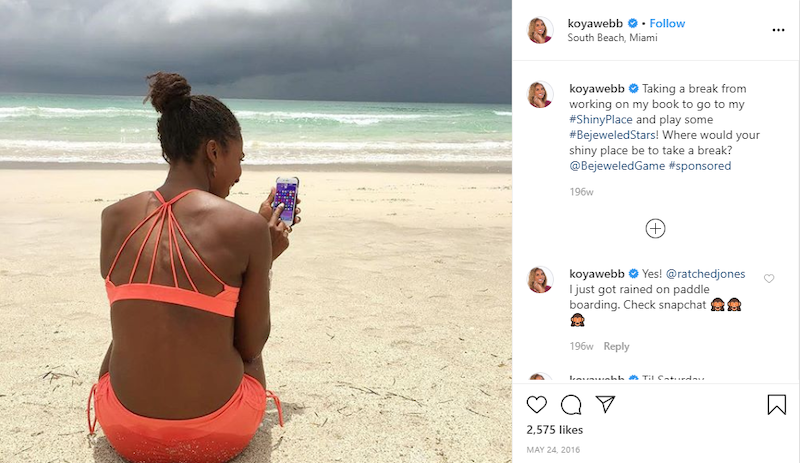 The premise of the campaign was simple — playing Bejeweled is a lovely way to relax and enter your “shiny place.”

In the weeks after the campaign launched, Bejeweled rose from the 702nd to the 182nd top-grossing app on the U.S. Apple App store.

One Final Tip: Above All, Develop Gaming Experiences Worth Coming Back To

While video game marketers need to develop a strategy including a combination of rewarded ads, A/B testing, special events, and creative campaigns to help drive downloads and revenue, video game developers need to focus on building a fresh, challenging, and engaging gaming experience. Why? Because the return on experience goes beyond standard return on investment metrics to help gaming apps develop long-term fan bases that generate revenue and referrals year after year.

Ready to learn more about what return on experiences means, why it’s time to start prioritizing it in your business, and how one professional basketball team used it to increase in-app traffic and active users by 200%? Then download our free ebook, “Going Beyond ROI with Return on Experience (ROX),” and find your best strategy for delivering revenue-boosting gaming experiences that consumers crave.