Your guide to our headless CMS platform

Here’s a quick guide that explains how to create a basic ...

Contentstack is a CMS backend for your digital properties ...

What is Composable Architecture

Today’s consumers expect to interact with your business on...

B2B commerce has been reshaped by B2C’s quick and ...

How to Get Your Technical Debt Under Control

Why a composable CMS is right for you

How to choose an omnichannel marketing platform

What is a Headless CMS?

Creating a culture of empowerment

In the JSON Rich Text Editor, each paragraph is a block

Now that you have read through the workflow document

See more
Back to Blogs

5 Things You Need to Know About Adopting Kubernetes 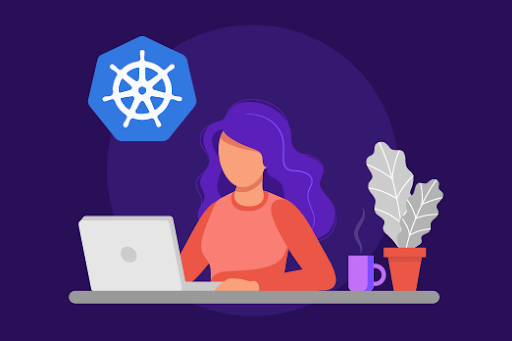 Kubernetes has become the go-to container orchestration platform for enterprises. Since the COVID-19 pandemic, organizations have increased their usage by over 68% as tech architects look to Kubernetes to handle the increased delivery demands of the post-pandemic age.

Contentstack has adopted Kubernetes as a platform to build the next generation of microservices that power our product, and it offers incredible benefits.

But adopting a transformational technology like Kubernetes is never straightforward. We faced our own set of challenges while implementing it, and we learned quite a few lessons in the process. In this piece, we share what we learned to help you avoid common pitfalls and position yourself for success.

Kubernetes is Not Just an Ops Concern

With the rise of DevOps, more companies are moving toward the “you build it, you run it” approach. The operations team is no longer the only team responsible for maintaining the app. Developers get more operational responsibilities, bringing them closer to the customers and improving issue resolution time.

However, not all developers have exposure to Kubernetes. This may lead to developers being unable to optimize their applications. Some of their struggles include:

Developers also face debugging issues in production, which can often lead to catastrophic outcomes for organizations that are targeting strict availability SLAs.

We realized this when we started using Kubernetes at Contentstack. We manage this gap by investing in upskilling developers in Kubernetes. It has improved our SDLC (Software Development Life Cycle) lead time. We see improved communication between developers and operators and a clear shift to “Cloud Native” solutions.

It’s no secret that containerization and microservices bring agility. However, security shouldn’t take a backseat. A recent survey found that about 94% of respondents experienced at least one security incident in their Kubernetes environments in the last 12 months. Most of these security issues were due to misconfiguration or manual errors. Security is one of the top challenges for the adoption of Kubernetes in the enterprise. We took several steps to ensure that our applications on Kubernetes clusters are secure:

Invest in Effective Monitoring for Your Services

According to the “Kubernetes and Cloud Native Operations Report 2021,” about 64% of respondents said maintenance, monitoring and automation are the most important goals for their team to become cloud-native. Monitoring is an often overlooked aspect of operations, but it is crucial, especially when moving to platforms like Kubernetes. While Kubernetes may make it very easy to run your services, it may trick you into believing everything will keep working as expected. The fact is, microservices may fail for a variety of reasons. Without effective monitoring in place, your customers may alert you of degraded performance, instead of you catching it first. Contentstack has several measures in place to monitor our services:

Take Advantage of Being ‘Cloud Native’

At Contentstack, we strive to continuously learn and adopt new practices and technology to stay ahead of the curve, and we are glad to share what we learn with the rest of the world. Adopting Kubernetes is a slow but rewarding journey that allows you to take advantage of the latest best practices for creating resource-efficient, performant and reliable infrastructure.

How React works in a composable architecture

5 things you should know about Next.js

GraphQL vs. REST API: Which is better for querying data?

What You Need to Know About E2E Testing with Playwright

Statistics show that over 40% of businesses will not survive a major data loss event without adequate preparation and data protection. Though disasters don’t occur often, the effects can be devastating when they do.A Disaster Recovery Plan (DRP) specifies the measures to minimize the damage of a major data loss event so businesses can respond quickly and resume operations as soon as possible. A well-designed DRP is imperative to ensure business continuity for any organization. If you are running an application, you must have a Disaster Recovery Plan in place, as it allows for sufficient IT recovery and the prevention of data loss. While there are traditional disaster recovery solutions, there has been a shift to the cloud because of its affordability, stability, and scalability. AWS gives the ability to configure multiple Availability Zones to launch an application infrastructure. In an AWS Region, Availability Zones are clusters of discrete data centers with redundant power, networking, and connectivity. If downtime occurs in a single availability zone, AWS will immediately shift the resources to a different availability zone and launch services there. Of course, downtimes do occur occasionally. To better handle them, you should configure the Auto Scaling Groups (ASGs), Load Balancers, Database Clusters, and NAT Gateways in at least three Availability Zones, to withstand (n-1) failures; that is, failure of two availability zones (as depicted in the diagram below). Disaster Management within an AWS RegionRegional Disaster Recovery Plan Options A regional disaster recovery plan is the precursor for a successful business continuity plan and addresses questions our customers often ask, such as:What will be the recovery plan if the entire production AWS region goes down? Do you have a provision to restore the application and database in any other region?What is the recovery time of a regional disaster?What is the anticipated data loss if a regional disaster occurs?The regional disaster recovery plan options available with AWS range from low-cost and low-complexity (of making backups) to more complex (using multiple active AWS Regions). Depending on your budget and the uptime SLA, there are three options available:Zero-cost optionModerate-cost optionHigh-cost optionWhile preparing for the regional disaster recovery plan, you need to define two important factors:RTO (Recovery Time Objective) i.e. the time to recover in case of disasterRPO (Recovery Point Objective ) i.e. the maximum amount of data loss expected during the disaster Zero-cost Option: In this approach, you begin with database and configuration backups in the recovery region. The next step involves writing the automation script to facilitate the infrastructure launch within a minimum time in the recovery region. In case of a disaster, the production environment is restored using the existing automation scripts and backups. Though this option increases the RTO, there is no need to launch any infrastructure for disaster recovery.Moderate-cost Option: This approach keeps a minimum infrastructure in sync in the recovery region, i.e. the database and configuration servers. This arrangement reduces the DB backup restoration time, significantly lowering the RTO. High-cost option: This is a resource-heavy approach that involves installing load balancers in the production environment across multiple regions. Though it's an expensive arrangement, with proper implementation and planning the application is successfully recovered with little downtime for a single region disaster. Zero-cost Option: The Steps The zero-cost option does not require the advance launch of additional resources in the recovery region; the only cost incurred is for practicing the DR drills. Step 1: Configure Backups At this stage, reducing data loss is the top priority. The first step is configuring the cross-region backups in the recovery region. With a proper backup configuration, you can reduce RPO. It's essential to configure the cross-region backups of: S3 bucketsDatabase backupsDNS zone file backupsConfiguration (chef/puppet) server configurationCICD (Jenkins/GoCD/ArgoCD) server configurationApplication configurationsAnsible playbooksBash scripts for deployments and cronjobsAny other application dependencies required for restoring the applicationStep 2: Write Infrastructure-as-a-Code (IaaC) Templates - Process Automation Using IaaC to launch the AWS infrastructure and configure the application will reduce the RTO significantly, and automating the process will lessen the likelihood of human errors. Many automation tools are widely available. Terraform code to launch application infrastructure in AWSAnsible playbooks to configure Application AMI, Chef server, CICD servers, MongoDB Replica Sets Clusters, and other standalone serversScripts to bootstrap the EKS clusterStep 3: Prepare for a DR Drill The preparation for a DR drill should be done in advance through a specified process. The following is a sample method to get ready for a DR drill: Select an environment similar to the productionPrepare a plan to launch complete production infrastructure in the recovery regionIdentify all the application dependencies in the recovery regionConfigure the cross-region backup of all the databases & configurationsGet ready with automation scripts with the help of Terraform, Ansible, and Shell-ScriptsIdentify the team members for DR Drill and make their responsibilities known Test your automation scripts and backup restoration in the recovery regionNote the time taken for each task to get a rough estimate of the drill timeStep 4: Execute the DR Drill The objective of the DR drill is to test the automation scripts and obtain the exact RTO. Once the plan is set, decide a date and time to execute your DR drill. Regular practice is advisable to perfect your restoration capabilities. Benefits of DR DrillsPracticing DR Drill boosts confidence that the production environment can be restored within a decided timeline.Drills help identify gaps and provide exact RTO and RPO timelines. They provide your customers with research-backed evidence of your disaster readiness. Conclusion Though AWS regions are very reliable, preparing for a disaster is a business-critical SaaS Application requirement. Multi-region or Multi-cloud deployments are complex, expensive architectures, and deciding the appropriate DR option depends on your budget and uptime SLA to recover during such disasters.